Alhamdulilah, after about three weeks of being offline, Im finally back!
Its been a crazy last few weeks to say the least!  Its actually felt like months, but were slowly pulling our life back together.

The kids are doing well, mashallah.  The journey here was tiring and difficult on them, and us.  The dua of a traveller is highly accepted, and that is such a mercy because travelling can truly be a hardship.  With the combination of beng very emotional, mentally stressed, and physically exhausted  it was only with the remembrance of Allah that our hearts were able to find ease.  Ibby got really sick two days before we left and didn't fully recover until about a week after we arrived.  For the most part Yusuf and Summaiya were good.  They both slept a lot on the plane, but it took a while to get back into a normal sleep routine.  It took us just over a week to find a new home, which we are now settled into and loving alhamdulilah.

Leaving home was hard. And being away is still hard.  But Allah has given me strength that I didn't know existed.  If you were to tell me a year ago that Id have to pick up and leave my family and friends and the only home Id ever know, I would have told you that it was impossible.  But here I am now, on the other side of the world, and alhamdulilah, Im okay.  The kids have been a big motivation for me to stay strong.  I was dreading the airport, and I admit it was HARD, but seeing my kids faces forced me into survival mode and helped me stay strong.

Allah has promised that with difficulty there is ease.  And indeed Allah's Promise is True.  It was less than three months after we made our decision to move that we were on the plane.  The process of getting rid of everything, packing, and saying our goodbyes were tough.  And for the first little while after arriving, dealing with sick babies, recovering from jetlag and feeling homesick were also tough.  But alhamdulilah we have worked our way into more of a routine, the kids are starting to enjoy themselves more and my heart is more at ease.

I dont know what Id do without the opportunity to keep in touch with family and friends via whatsapp, skype and facebook.  Alhamdulilah that has helped a lot.

Anyways, I missed my blog and inshaAllah plan to update regularly now, inshaAllah.
Please remember us in your duas. 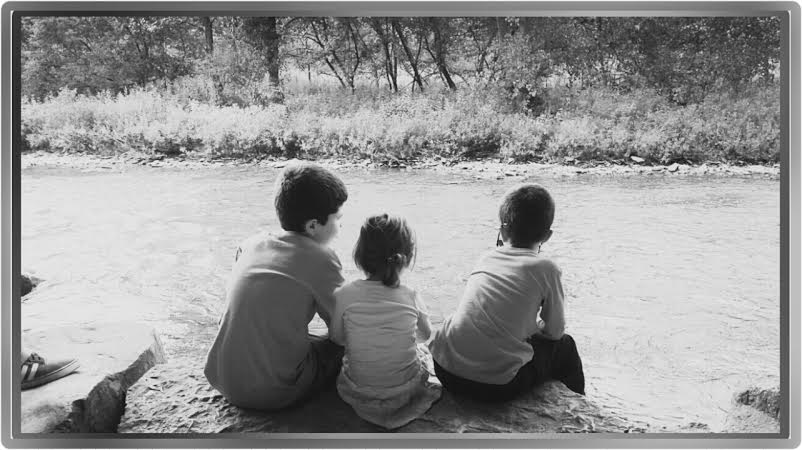